We are a Non for profit Charitable Organization. We Celebrate Africa in both Visual and Performing Arts. We advocate, Promote Social change and Social Justice through Community development and  Engagement Practices.

Celebration of African Australians Inc is a Non-For-Profit Charity
Community organization. We are established in almost all States and Territories in
Australia since 2012. Our main Objectives are to inspire and motivate African
community members to utilise the vast opportunities available to them and tell the African Story and
promote Australia as a multicultural society where all ethnic groups have a
‘fair go’ for opportunities and positions. Therefore, we exist to celebrate the
Arts, Culture and Traditions of Africa to the Wider Australian Community. We
appreciate, honor, recognize the achievements, Successes and showcase the
contributions of Africa and African Australians to our collective growth and
prosperity. We promote Social change and social justice. Advocate for the general welfare of African Australians in the ACT. This is a flow-on from the United Nation’s proclamation of 2011 as
the International Year for People of African Descent.

African Australians in the Australia Capital Territory are a growing community. Over the last two decades, Africans have come to Australia and the ACT via two routes; both as migrants through Australia ‘s skilled and family reunion programs, and as refugees through Australia ‘s humanitarian program. Over the last decade, more than 48 000 Africans have been settled in Australia under the humanitarian program and Africa remains one of the three regions targeted as priorities by Department of Home Affairs. Africa is a vast continent rich in diversity. With 54 countries, this diversity is made up of thousands of ethnic groups with different cultures, customs, religions and languages.

Our Main Objective
The Team

Donate now or become our sponsor 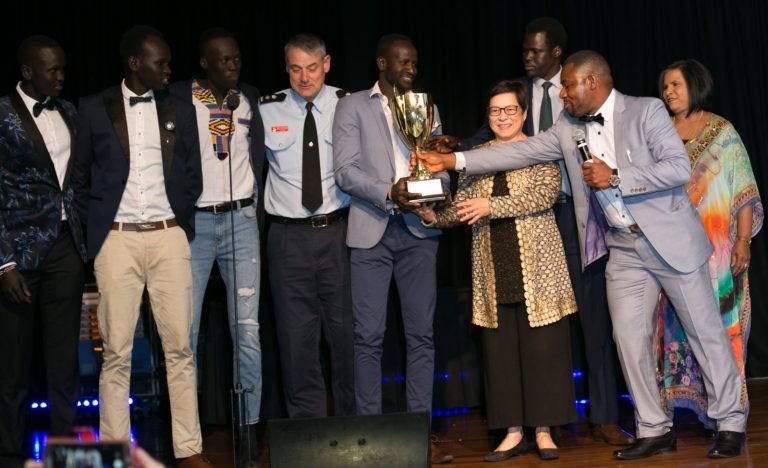 GET YOUR TICKET NOW FOR THE